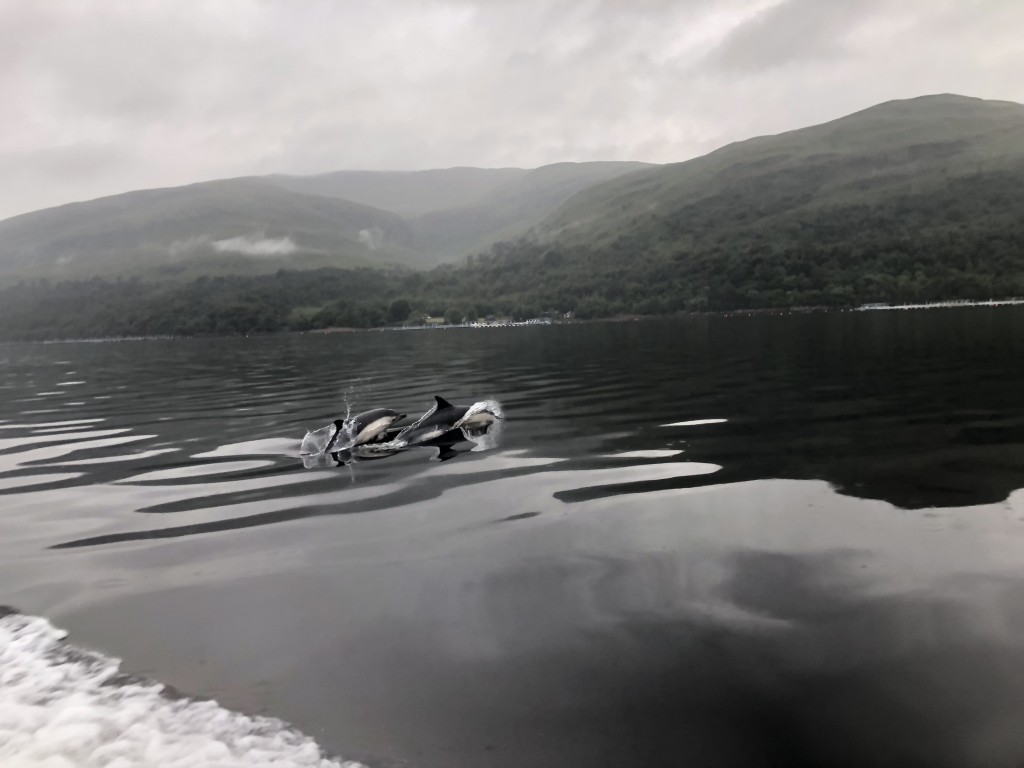 For over forty years, Sea Watch Foundation scientists as well as volunteer observers all around the coast of the British Isles from Shetland to the Isles of Scilly have been reporting sightings of whales, dolphins and porpoises (cetaceans) to inform Sea Watch’s huge database of records. The scheme is one of the oldest and longest running citizen science projects in the world. Anyone can take part in this flagship summer event, the ‘National Whale and Dolphin Watch’ , now in its 18th year.

“It’s all about reporting your whale, dolphin and porpoise sightings as well as getting out there to look for them” says Dr Chiara Giulia Bertulli, Sightings Officer and lead organizer of this year’s NWDW event.

“Without collecting information about numbers, locations, and behaviour, it is impossible for scientists and conservationists to know how to develop plans to protect cetacean species in our seas” continues Chiara.

Sea Watch Regional Coordinator for the Inner and Outer Hebrides is the Hebridean Whale and Dolphin Trust a charity which has got a unique programme of community-based programme where communities are directly involved in collecting biological recordings of local cetacean species.

“With the help of our new sighting app, the Whale Track app, everyone (wildlife enthusiasts as well as boat operators) is now able to record and submit their sightings of whales, dolphins and porpoises from across the Hebrides”, said Dr Lauren Hartny-Mills, the Trust’s Science Officer.

Cetaceans can be found all around the coast of the UK and recently around the Scottish coast there have been many species spotted like orcas which have been sighted travelling off Sarclet, Caithness, and recognized to be part of the 27’s pod, a group migrating between Iceland and Scotland every summer. White-beaked dolphins have been sighted bow-riding and breaching few miles east of Helmsdale, and as far north as Shetland. Humpback whales were sighted surface from a cliff in Pettycur facing the Firth of Forth in North-East Scotland in February this year. Minke whales were also reported lunge feeding in association with seabirds off Burghead, Moray, on several occasions.

The charity encourages wildlife-lovers to head to the coast to collect watch data of their own. No experience is necessary and the team at Sea Watch will be happy to set you off on the right foot.

“We need as many eyes on the sea as possible. That means we’re looking for people all around the Scottish coast to arrange a watch for themselves and for everybody to report the animals that they see” adds Chiara.

During the nine-day 2018 event, thirteen different whales and dolphins were recorded in UK waters, a number which was only been recorded once before. Some 757 sightings were logged around Scotland, which held the highest number of sightings once again. For more facts and figures from last years’ event, please see the 2018 National Whale and Dolphin Watch report.

To view the 2017 National Whale & Dolphin Watch Report, go to:

To know more about the Whale Track App: https://hwdt.org/whale-track/