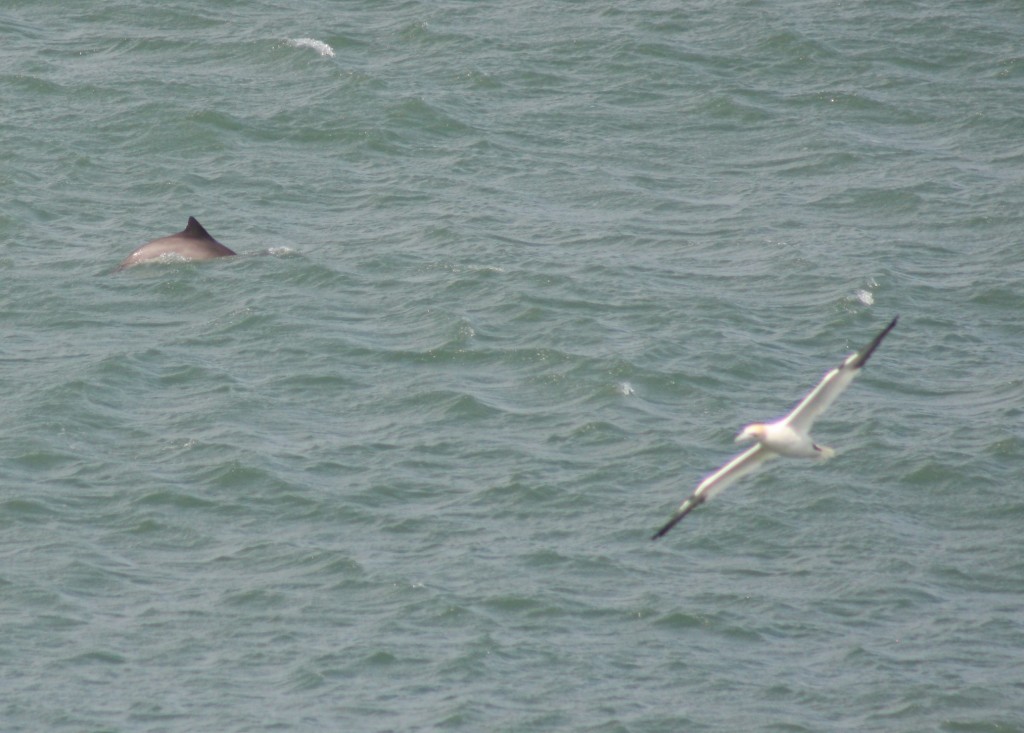 For over forty years, Sea Watch Foundation scientists as well as volunteer observers all around the coast of the British Isles from Shetland to the Isles of Scilly have been reporting sightings of whales, dolphins and porpoises (cetaceans) to inform Sea Watch’s huge database of records. The scheme is one of the oldest and longest running citizen science projects in the world. Anyone can take part in this flagship summer event, the ‘National Whale and Dolphin Watch’ , now in its 18th year.

“It’s all about reporting your whale, dolphin and porpoise sightings as well as getting out there to look for them” says Dr Chiara Giulia Bertulli, Sightings Officer and lead organizer of this year’s NWDW event.

Cetaceans can be found all around the coast of the UK and recently around the Welsh coast bottlenose dolphins have been sighted feeding in association with flocks of seagulls close to the pier in Llandudno, North Wales; a pod of 42 was sighted swimming off The Range near South Stack. In Cardigan Bay, pods of bottlenose dolphins have been regularly sighted including several mother-calf pairs. Harbour porpoises are the second most common species of cetacean to encounter in the area, and from land people have sighted them easily and seen them leaping, feeding and occurring in mixed age classes this year. Short-beaked common dolphins have been sighted in Pembrokeshire to around Anglesey. Large groups Risso’s dolphins were spotted in mixed-age groups breaching and tail slapping off Morfa Nefyn in North Wales and off Cemaes Bay on Anglesey.

“We need as many eyes on the sea as possible. That means we’re looking for people all around the Welsh coast to arrange a watch for themselves and for everybody to report the animals that they see” adds Chiara Giulia.

During the nine-day 2018 event, thirteen different whales and dolphins were recorded in UK waters, a number which was only been recorded once before. Some 242 sightings were logged around Wales. For more facts and figures from last years’ event, please see the 2018 National Whale and Dolphin Watch report.

Find out more about the event: http://www.seawatchfoundation.org.uk/nwdw/