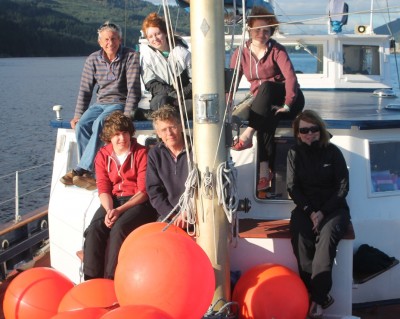 by Sightings Officer
0 Comment
A humpback whale in Loch Long off the west coast of Scotland gave the skipper of the 60 ton ketch St Hilda of St Hilda Sea Adventures, and a family taking a three-day wildlife adventure, a sighting more than they bargained for! They had left Holy Loch marina hoping to see dolphins, po
Read More 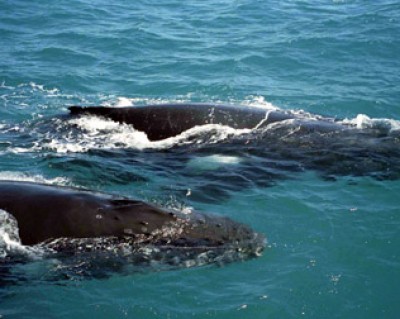 by Sightings Officer
0 Comment
A young humpback  whale that rubbed and caressed itself along two fishing boats in an area  of sea known as 9-mile  ground off Whitby, may have lost its mother, fear  experts from the marine research and conservation  charity Sea Watch. The youngster was first seen by those aboard Sea
Read More

by Sightings Officer
0 Comment
Jon Shaw was out on his boat Seekat C, enjoying a rare sunny calm evening in Red Wharf Bay, East Anglesey when he saw three small fins travelling fast past the boat. At first he thought they were porpoises which are common in the area, but the fins looked more distinctive and the anim
Read More 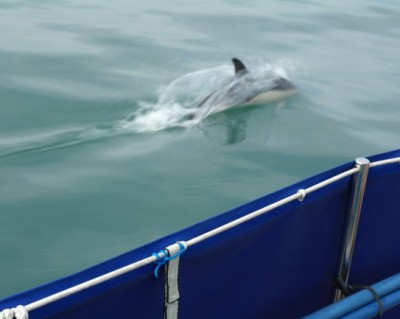 by Education Assistant
0 Comment
On the 21st July a total of 10 common dolphins were spotted 1 mile south of Portland Bill, Dorset, by David Head. Common dolphins are rarely seen this far east along the south coast of England, being more commonly found in the western waters of the British Isles. The common dolphin is
Read More

by Sightings Officer
0 Comment
With National Whale and Dolphin Watch getting close, we are delighted to have received reports of large whales from all around the country in the last few days. Four large whales were reported north of Anglesey last weekend, another large whale was reported off Scarborough and just ye
Read More
« First‹ Previous394041424344Next ›