The South Coast of England is generally quiet in terms of cetacean sighting which is why we were delighted to receive reports of a common dolphin last weekend (22nd-23rd September). Regional Coordinator, Steve Savage explains:

“A common dolphin was sighted very close into shore on the Saturday at Brighton, between the Brighton Pier and the Brighton Marina. Sunday it moved along the coast to Seaford, again in the shallow, feeding and playing with another common dolphin. During a heavy storm later on Sunday they both disappeared and have since turned up at Eastbourne.”

Observer Steve Heffer was lucky enough to get some photos of the animal in Seaford. 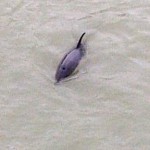 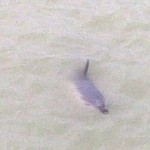 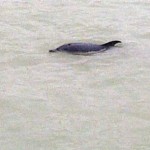 For more information on common dolphin distribution in the UK – click here.

If you have any further sightings along the South Coast please report them!