Differences Between Dolphins and Porpoises

Porpoises are often confused with dolphins as being one and the same when in fact they don’t have as much in common as people might think. 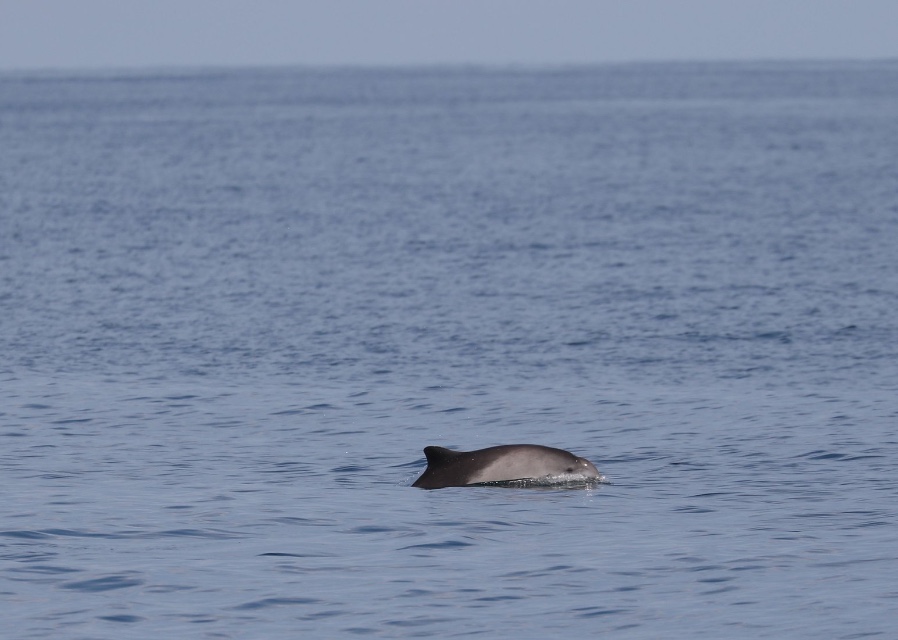 Dolphins and porpoises are both air-breathing, warm blooded marine mammals and they both belong to the same scientific order Cetacea. They are further classified as toothed whales, which means that they have teeth to eat larger fish. In contrast, baleen whales have baleen plates to filter plankton and small fish.

However, dolphins and porpoises belong to different families of cetaceans. Porpoises are part of the scientific family Phocoenidae, while dolphins belong to the family Delphinidae. On the current state of knowledge, there are 32 dolphin species and 6 porpoise species.

Although dolphins and porpoises seem look alike at first glance, there are a few differences between them. One of the main differences is the shape of their dorsal fin. Dolphins have curved dorsal fins, while porpoises have small, triangular dorsal fins.

Also, the size is different between these two species. Porpoises are typically much smaller than dolphins and they grow up to 1.5 m. Dolphins can reach a size up to 4 m. Dolphins typically have a bulbous head and a clearly-defined beak or long nose. Porpoises have a rounder face without a beak. In addition, dolphins have a more streamlined body than porpoises.

Another difference between dolphins and porpoises is their teeth. Dolphins’ teeth are cone-shaped, while porpoises’ teeth are spade-shaped.

Furthermore, the social behaviour differs between these two species. Dolphins live in large groups and they typically show little fear of humans. They are outgoing and swim alongside boats. Porpoises live in small groups of two to four animals and they are quite shy. It is rarely seen that they approach boats.