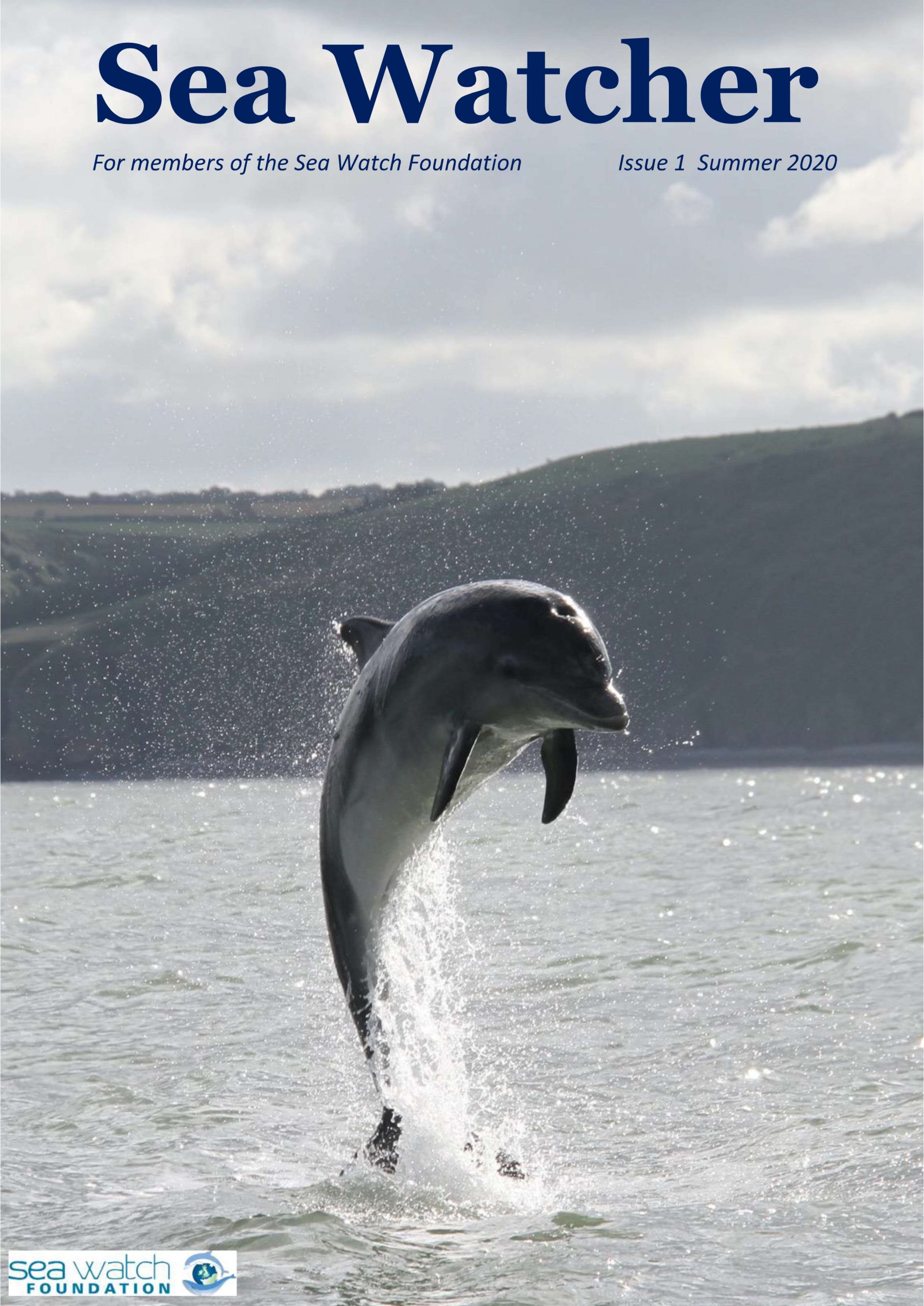 As a thank you to you, our supporters, click here for a free copy of the very first edition of Sea Watcher, the magazine for Sea Watch Foundation Members! This will take you to our new My Sea Watch website where you can download your magazine and also find out about the many benefits of joining the newly launched Sea Watch Members scheme. We hope you will sign up and help raise much needed funds so that we can continue our vital cetacean research projects. 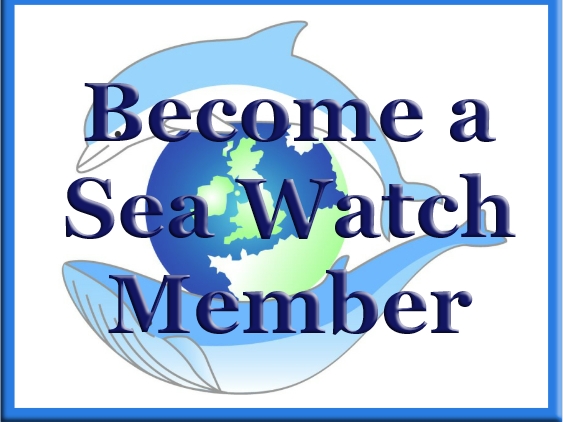 Members receive 4 issues of Sea Watcher each year, a UK Species ID chart, monthly sightings reports and additional cetacean news from the UK and around the world as well as access to the personalised My Sea Watch area of the website. Family Members also receive the Adopt a Dolphin newsletter and Premium Members enjoy the additional benefits of an electronic copy of the Sea Watch Marine Mammal Observers Manual, an enhanced monthly sightings report and access to high quality digital cetacean images.

Welcome to our new Regional Coordinator for Hampshire – Donna Turney!

We would like to welcome a new recruit to the Sea Watch team, Donna Turney, who has recently been appointed as Sea Watch Regional Coordinator for Hampshire!

Hi, I’m Donna and for a long time now I have been passionate about all living creatures, both at home and in the wild. At home this extends to our rescued pets which include 4 budgies and 16 guinea pigs!! Yes, I am known as the crazy guinea pig lady! As for wildlife I have a few favourites including giraffes and tigers, but my ultimate passion is the marine life especially cetaceans, with the ultimate being the Orca. The beach is definitely my happy place, I am lucky to live close to a few, Hampshire has some stunning coastline.

I have been extremely lucky to observe many dolphins and whales in the wild in a variety of places including England, Wales, Scotland, the Bay of Biscay, Tenerife and Gibraltar. I’ve managed to see bottlenose, common, spotted and risso dolphins, pilot whales, harbour porpoises and a variety of whales but not yet the elusive Orca! Hopefully, next year at the Orca watch in John O’Groats, it’s all booked!  Before a trip to the Moray Firth in Scotland I never knew you could see so many cetaceans in and around our shores, and to be able to see them from the shoreline extremely close was breath taking! I still get very excited with every sighting, expect some whoops!

In my every day life I work in a school, I am very lucky to be able to spread the word of conservation to the next generation which I believe is key to ensuring our seas and this planet is safe from all the threats that it currently has. I am excited to share this knowledge with members of the public too and as regional coordinator for Hampshire I hope to meet many like minded people and get some sightings recorded!

The impacts of climate change on cetaceans

By Kk Aye – Palaeobiology MSc Graduate at the University of Bristol

An overview of the ‘Impacts of climate change on marine mammals, relevant to the coastal and marine environment around the UK’ by P.G.H Evans and J. J. Waggitt (2020)

Our oceans occupy 71% of the Earth’s surface from the continental shelves to the deepest trenches, playing a critical role in regulating the global climate and marine ecosystems. Decades of anthropogenic carbon dioxide emissions have triggered an array of changes in the ocean such as ocean warming, ocean acidification and deoxygenation, producing varying challenges to many marine ecosystems.

Climate change has contributed to the loss of habitats, changes to food webs and geographical range shifts to cetacean biota. Around the Polar regions, warming has increased by 2-3°C, reducing 3.5-4.1% of sea ice every decade since 1979. Since 1987, the abundance of several cetacean species such as the Humpback whales have increased from 1800 to 26000, whereas the Minke whales inhabiting the Icelandic continental shelf have declined rapidly from 44,000 in 2001 to a mere 10,000 in 2009. These abundance patterns are in response to the elevation of sea surface temperatures (SSTs) and changes to the distribution of fish prey species and euphausiids within the Atlantic and Polar regions.

Geographical range shifts have also been commonplace around the British Isles, with a northwards extension of warmer temperate cetacean species from increasing SSTs; some cetacean species such as Baleen whales and Bottlenose dolphins have experienced population losses associated with harmful algal blooms and bio-toxins within the low-latitudes. Two prominent cetacean species (Short-beaked common dolphin & Striped dolphin) inhabiting warm temperate regions show a steady population increase over the last 30 years as their habitat range shifts northwards to the British Isles such as the Northern North Sea, Western Channel and the Celtic Sea.

Given that global SSTs will increase by 1.5°C by 2050, it is highly likely there will be a continuous northward shift of cetaceans above the mid-latitudes along with the expansion of the diversity and frequency of warm temperate/tropical species inhabiting the British Isles. However, cold temperate to polar species such as Narwhale, Belugas and Killer whales will face greater challenges due to the ongoing habitat loss and reduction in sea ice.

Despite the bleak outlook, some migratory cetacean species could thrive from such oceanographic changes. The loss of sea ice in the Arctic means many Baleen whale species will be able to arrive earlier and remain later in the feeding season. The Bowhead whale, a Baleen whale species endemic to the Arctic has seen a boom in population and calf counts, attributing to the expansion of food supply from phytoplankton blooms and increased primary production in the Pacific Arctic from enhanced ocean thermal stratification.

Even though impacts of climate change to marine mammals have been extensively researched, monitoring changes in the distribution and abundance of cetaceans maintain a challenge due to their relative inaccessibility and fewer resources available for frequent wide-scale abundance surveys. As a result, our knowledge of the distribution of certain cetacean species around the British Isles are limited, thus it is crucially important that the effects of climate change on cetaceans are documented across all cetacean taxa.

With the Covid-19 pandemic preventing many ecological surveys and monitoring going ahead this year, sightings and records submitted by the public have been essential to continue gathering data on the wonderful array of marine life that can be found around our coastlines.

Citizenship science refers to the recording and collection of data by members of the public who are not formally trained as scientists. This data may be used in scientific studies and go on to inspire the development of government policies to protect our most vulnerable wildlife and their habitats.

“…research conducted by Sea Watch volunteers has contributed to a number of key marine protection policies, including the EU Habitats Directive and UK Biodiversity Action Plan for Cetaceans.”

Frequent monitoring of marine life is essential to help us detect population changes and identify potential causes of decline. The Sea Watch Foundation’s National Whale and Dolphin Watch (NWDW) is an annual event celebrating the collaboration between citizen scientists, wildlife enthusiasts, the general public, and researchers to monitor cetaceans in the UK’s coastal waters. Getting involved with a citizenship science project is a fantastic way to learn more about your local marine wildlife and the pressures facing them. You could even inspire those around you to get involved too!

Katie Malone (2019) demonstrates the importance of citizenship science by showing that data gathered by volunteers can be comparable to large-scale offshore scientific surveys. By actively taking part in national surveys, volunteers can help to effectively monitor the abundance of cetaceans around the UK over long periods of time. You can submit your cetacean sightings to the Sea Watch Foundation at any time of the year or why not join in with the next National Whale and Dolphin Watch (NWDW) from July 25th – 2nd August 2020 (Covid-19 permitting). We think it’s important that scientific research, especially that which has involved citizenship scientists, is accessible to allow us all to make informed decisions that could help us lead more environmentally conscious lifestyles. You can find the report by Katie Malone (2019) here along with many other scientific studies at https://www.seawatchfoundation.org.uk/publications/

We’ll be bringing you a series of blogs highlighting scientific research in the coming weeks, from climate change to minimising tourism disturbance.

World Oceans Day has been celebrating the ocean on June 8th every year since 2002. And while Covid-19 and social distancing are changing how we recognize our blue planet this year, the need for action is perhaps more important than ever.

For 2020, World Oceans Day is growing the global movement to call on world leaders to protect 30% of the world’s ocean by 2030 – a campaign called 30×30. By safeguarding a least 30% of our ocean through a network of highly protected areas we can help ensure a healthy home for both marine and human life. Protected areas such as those protecting our resident population of Bottlenose Dolphins in Cardigan Bay!

There are a wide range of different global events taking place this year, from festivals, to lectures, to socially distanced beach cleans. The key conservation message of protecting 30% of our land and ocean by 2030 is being carried far and wide in this year’s network of events. If you’d like to get involved in any of this years events check out the World Ocean Day website here.

With a lot of the world staying home, there is a special emphasis on being online, you can check out hashtags such as #WorldOceansDay and #ProtectOurHome to find a wealth of information, and numerous resources ready to shine a spotlight on the ocean.

If you’re still home schooling perhaps have an ocean day at home, there are school resources available here, and if you’re feeling inspired how about looking at some of our adopt a dolphins! Your support will help us continue our work with the Uks whales and dolphins, and allow us to continue the work to protect marine life even more.