Sea Watch’s much anticipated annual National Whale and Dolphin Watch finally arrived last weekend amid glorious sunshine. Over the past few months Sea Watch volunteers in the New Quay offices have been working towards the event- sending out watch packs, organising support from local businesses and compiling UK-wide watch lists. All the hard work paid off and was worth it, as we received a staggering 182 sightings over 3 days!!!

Here, in New Quay we had beautiful sunshine for the three day event, unfortunately the sea state was a bit choppy, and on several occasions it was very difficult to watch for cetaceans due to the large wave crests. Despite the dodgy seas, we still had several sightings over the weekend, including the first sighting of the event recorded by volunteer Katy Thompson at 7:30 on Friday morning. We had many thrilled members of the public watching the dolphins play, particularly on Sunday evening when they were having a fish fight next to the harbour wall!

Throughout the event Sea Watch volunteers could be found at the end of New Quay harbour wall pointing out bottlenose dolphins to members of the public, giving out information, making badges and painting children’s faces- resulting in some big smiles!

New Quay was buzzing with holiday makers enjoying the sunshine and plenty of ice-cream- some of which was the Sea Watch flavour, made by local ice-cream shop Crème Pen Cei.

I think it’s safe to say that this year’s National Whale and Dolphin Watch was immensely enjoyed by all- including our volunteers who loved having their faces painted! Many thanks go to them for all their hard work over the weekend.

Sea Watch would like to thank all those who: organised a watch, reported a sighting, participated in a watch, donated or visited us on the pier- the event would not have been as successful without your help and support! In total we raised £219.89, which all goes directly into supporting Sea Watch’s marine mammal research in New Quay and around the UK.

Remeber you can report marine mammal sightings to Sea Watch all year round, every sighting goes into our database and contributes to our research. Submit your sighting here. 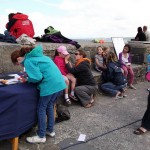 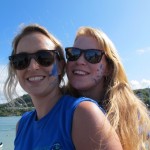 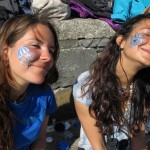 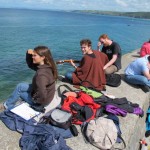 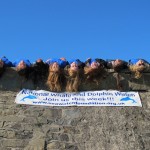 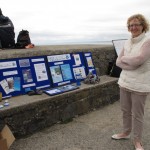 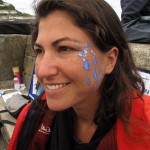 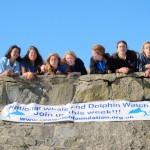