It is 8:45 am and the Pentland Venture leaves the harbour at John O’Groats heading to Burwick and among its passengers there are many Orca Watchers and wildlife enthusiasts who are attentively scanning the sea for whales, dolphins or porpoises. And they do not have to wait for too long when slightly after 9:00 am a pod of 4-5 orcas were sighted 2.5 miles north of Duncansby Head! 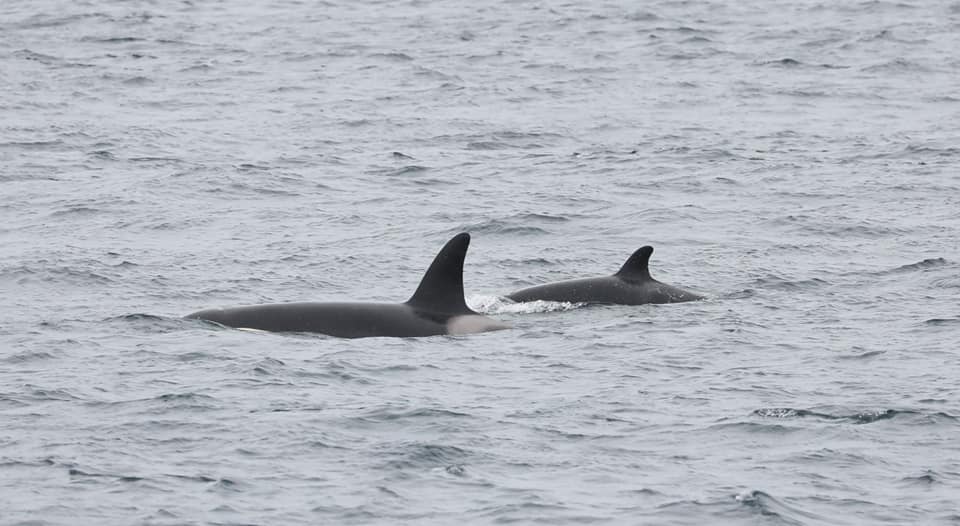 Teri Charlton who joined the JOG ferries as a Sea Watch volunteer observer sighted the fins first, and soon after all the rest of the passengers onboard the ferries saw the animals too. 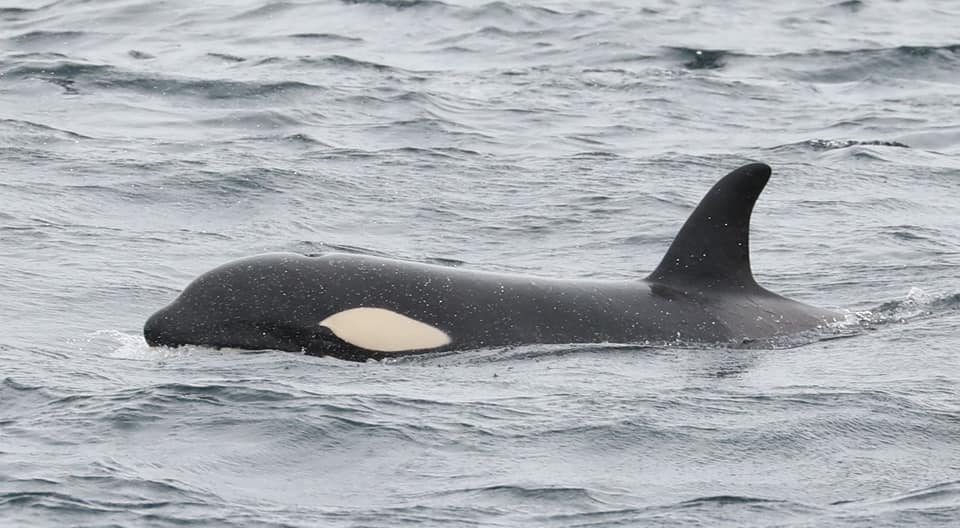 One of the orcas sighted today from the JOG Ferries today in the Pentland Firth. Copyright: Steve Truluck

Another pod of orcas has been sighted at Tiumpan Head, Isle of Lewis, few kilometers north of the lighthouse.

In Caithness, land-watches are being conducted at Duncansby Head Lighthouse, at the Stacks and at St John’s Point.