ORCA WATCH: Land-watch at Marwick Head with the RSPB Scotland team in Orkney

Ian McNab, Events and Communications Officer at the RSPB Scotland in Orkney, has partnering up with the Sea Watch Foundation for this year’s Orca Watch event and he has kindly offered to organize a land-watch at Marwick Head. Chiara G. Bertulli, Sightings Officer at Sea Watch and lead organizer of this year’s event had a chat with Ian to know more about the watch. Here is his story.

Every May, the RSPB Scotland team in Orkney work with partners all over the islands to deliver the Orkney Nature Festival. The preceding few months usually has us making phone calls, sending emails and doing whatever we can to strike up new relationships and bolster the line-up. So, when we saw that Sea Watch’s Orca Watch overlapped nicely with the festival, it seemed like a no-brainer to work together.

Like a lot of places in Scotland, Orkney is fantastic for cetaceans. Risso’s dolphins and harbour porpoises are regularly seen, as are orcas, minke whales and others. Looking at the list of locations that required surveying, Marwick Head immediately stood out: the magnificent cliffs offer a perfect vantage point, as they tower above the crashing waves of the Atlantic Ocean.

As well as being a regular whale-watching spot, the cliffs are also part of an RSPB nature reserve due to the thousands of seabirds that nest in their crags. With orca watching being such an unpredictable pastime, fulmar, kittiwakes and guillemots could at least offer an enjoyable consolation prize. We checked the diary, and Friday 17 May was selected for “Orca Watch at Marwick Head”. 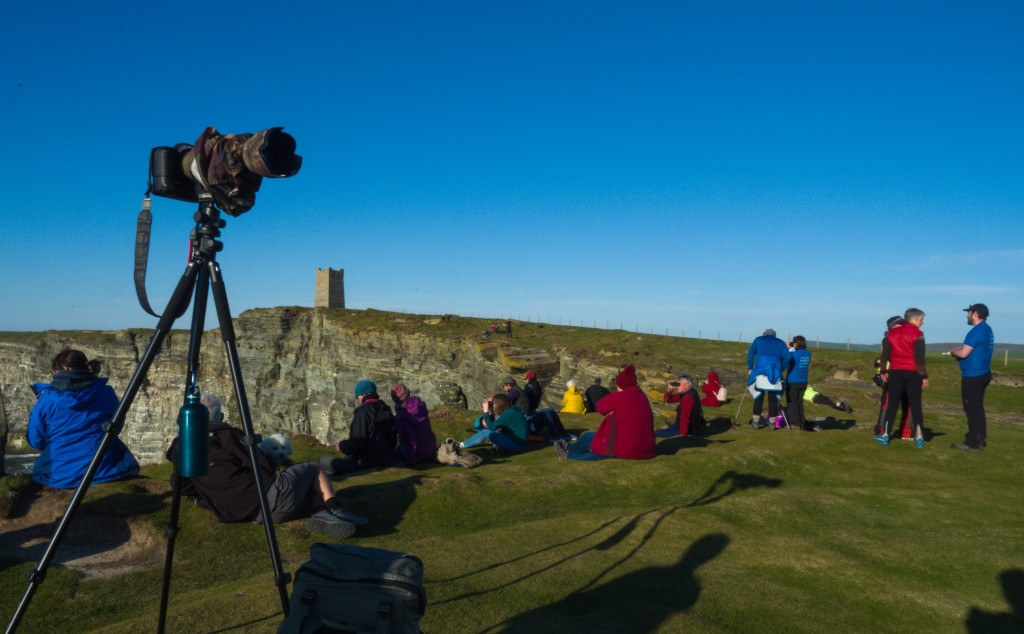 With the support of Sea Watch, we publicised our survey as an open event, where anyone and everyone could lend their eyes to the cause. The allure of potentially seeing orca provided an effective advertising tool, and we ended up with over sixty people coming along.

Hopes were high after early-morning reports of a pod being sighted in the Pentland Firth. We could see people doing the maths as they tried to work out how long the orcas would need to make it round to Marwick (if that was indeed their route).

As time went on, it seemed less and less likely that we’d catch a glimpse of those iconic, black fins breaking the surface of the water. Our spirits, however, were not dampened. The weather was perfect, the view spectacular and the seabirds did a fine job of keeping us entertained. 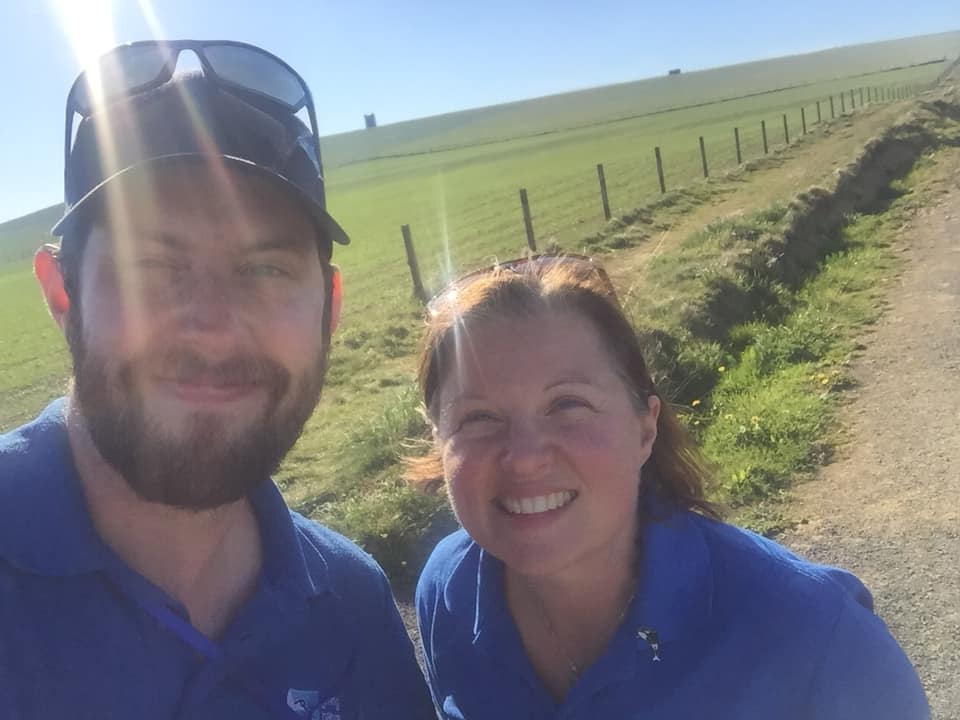 Ian McNab and his staff leading on an land-watch at Marwick Head. Copyright: Ian McNab.

Finally, as the sun was setting, it was time to pack up. “A zero result is still useful”, I told a few surveyors, trying to lift their spirits. However, it was immediately apparent that they didn’t need lifting. They’d just spent a beautiful evening on a stunning nature reserve, excitedly swapping stories of near-misses, hours of watching, and the magical moments that we are lucky enough to spy these elusive creatures.