With the passing away of Mandy McMath overnight on 30th August after a long fight against cancer, the world of marine conservation lost a true champion. Mandy was so much more than her job title – Senior Marine Ecologist at the Countryside Council for Wales. She had a passion for the conservation of all animal life, and her personal warmth and caring for other people struck everyone within moments of being introduced to her. I recall the first time I met Mandy some fifteen years ago at a meeting organised in London by the Department of the Environment. I was so impressed by her desire to unite people of strongly held and often differing views so that together they might forge tangible, practical conservation action. She was a true diplomat of the conservation world, offering wise advice, working away quietly and modestly towards those goals, wherever necessary cutting through bureaucratic red tape to achieve this.

Mandy was an eco warrior, not only for marine conservation in Wales but also throughout UK and beyond, with marine mammals being a particular passion, specially seals. She was also an underwater photographer and diver, and in her spare time, an accomplished gardener and an active member of her local community in Aberffraw. She was a very principled person, a committed vegetarian, and one of the first to adapt her house to renewable energy.

Mandy was a strong believer in the work of voluntary bodies, and showed them great respect and support. She was also a good friend to Sea Watch, and when times were tough and spirits low, I could always count on her personally for reassurance and a truly positive view on life.

Her last few months were spent in hospital with a resurgence of the cancer that had dogged her earlier.  Indeed, my brother and I had invited her over to watch the final stages of Wimbledon together on TV, being avid tennis fans and supporters of Roger Federer, when her illness took her into hospital again. Nonetheless, she watched all of Wimbledon from her hospital bed and then the tennis from the Olympics.  She revelled in Federer’s victory at Wimbledon, but in true fairness then hoped that Murray might win a gold medal at the Olympics. Within minutes of his revenge over Federer she texted me a single word – ‘FAB’.

When I visited her a few days before her death, despite her lack of mobility she was planning ways to get out on the CCW boat, Pedryn, to her beloved Bardsey, organising seal projects, and discussing dolphin photo-identification catalogues and licence protocols. She eagerly took my brother and I out to the helicopter pad for a view of the mountains of Snowdonia, leading the way on her newly acquired motorised wheelchair. Although she gave no hint of this, I suspect she knew that she did not have long to live.

My memories of Mandy are rich and varied, and her personal qualities shone throughout – her zest for life, her gentle wit and good humour, eager participation in many field surveys of cetaceans and seals, regular attendance at conferences of the European Cetacean Society at which she frequently contributed presentations, her promotion of the careers of countless young people, and her tireless efforts to establish protected areas for marine mammals around Wales. We have all lost a remarkable person and a true friend. There is no doubt that the world would be a better place with more Mandys in it. 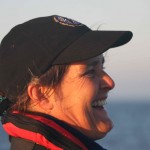 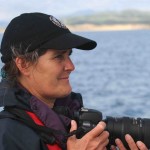