Sleep, but not as we know it

Sleep is a behaviour characterised by a typical body posture, both eyes’ closure, raised sensory threshold, distinctive electrographic signs, and a decrease of motor activity1.

Regarded as a necessity to the majority of animals, in most cases sleep involves the whole brain and body1. For humans and other land mammals, sleep involves partial or total unconsciousness, the inactivation of all voluntary muscles as well as the suspension of senses such as vision and smell2. However, certain marine mammals and species of birds show a different sleep behaviour, in which one cerebral hemisphere sleeps while the other is awake1. This is an unusual form of sleep called “unihemispheric slow-wave sleep.” 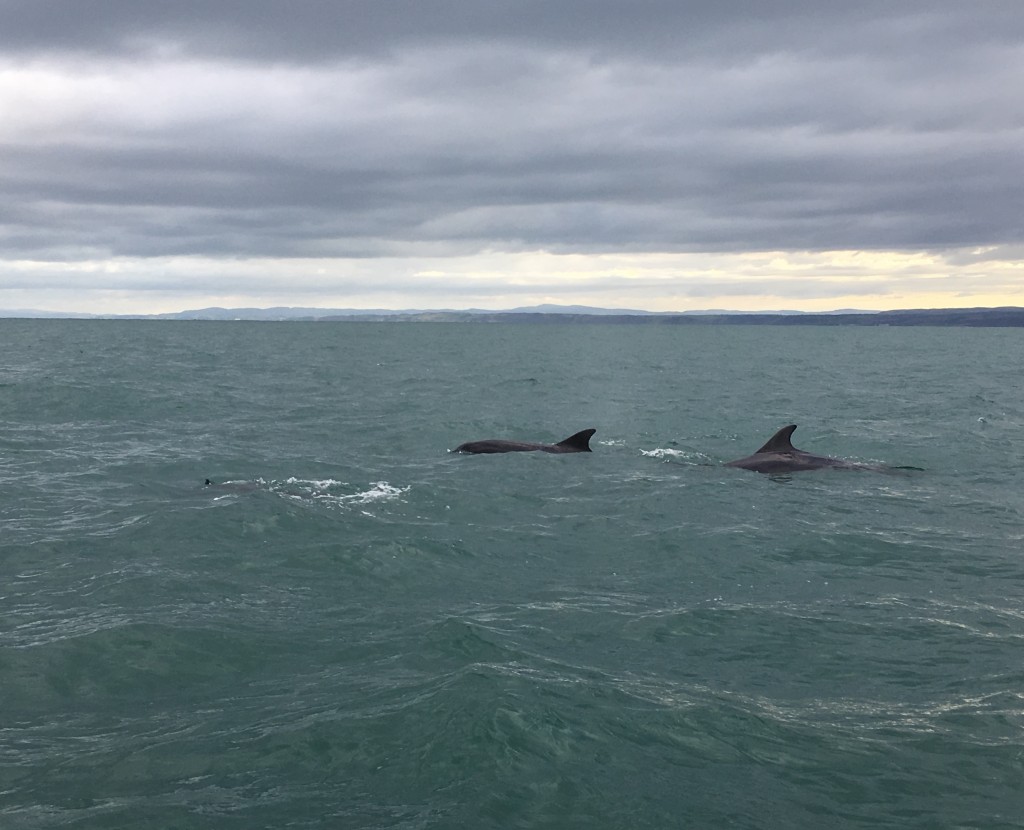 During sleep, dolphins will shut down only one hemisphere of their brain, and close the opposite eye. During this time, the other half of the brain monitors what is going on in the environment and controls breathing functions2. According to a 2008 article in the journal Neuroscience & Biobehavioral Reviews, within a 24-hour period, each half of the brain receives around 4 hours of slow-wave sleep. Of all the cetacean species, USWS is apparent in the Amazon river dolphin (Inia geoffrensis), Beluga whale (Delphinapterus leucus), Bottlenose dolphin (Tursiops truncates), Pacific white-sided dolphin (Lagenorhynchus obliquidens), Pilot whale (Globicephala scammoni), and Porpoise (Phocoena phocoena)3.

There are considered to be three main reasons why dolphins have evolved this method of sleeping. Firstly, because breathing is consciously controlled, an unconscious state of sleep would lead to possible drowning because dolphins need to surface to breathe. Secondly, it acts as a defence against predators, allowing them to look out for danger whilst they rest. Thirdly, sleeping in this way allows for the upkeep of physiological processes, such as muscle movement. This is particularly important considering that bottlenose dolphins are warm-blooded mammals, and such processes allows for the maintenance of body heat, which is crucial for survival in cold oceans2.

But what does unihemispheric slow wave sleep actually mean, and how is such a state brought about? Due to the origin of USWS in the brain, it is thought that neurotransmitters are involved in its regulation3. Acetylcholine is released in nearly the same amounts per hemisphere in bilateral slow-wave sleep. However, in USWS, the maximal release of the cortical acetylcholine neurotransmitter is lateralized to the hemisphere exhibiting an electroencephalogram trace resembling wakefulness3. The hemisphere exhibiting SWS is marked by the minimal release of acetylcholine3. This model of acetylcholine release has been discovered in bottlenose dolphins3.

Unihemispheric slow wave sleep requires hemispheric separation to isolate the cerebral hemispheres enough to ensure that one hemisphere can undergo slow wave sleep while the other is awake3. The corpus callosum is the anatomical structure in the mammalian brain which allows for interhemispheric communication3. Cetaceans are thought to have a smaller corpus callosum when compared to other mammals3. However, although this anatomical difference is well correlated, it does not directly explain the existence of USWS3.

Therefore, it might be more accurate to view sleep as a behaviour that varies between species4. Thus, we cannot simply define sleep the way we know it.