What about those killer whales?!

by Natasha Hunt
0 Comment
John Coe, killer whale, Mwnt, Risso's dolphin
You might have heard about the West Wales killer whale sighting posted on Facebook last week? There were three separate potential sightings of this magnificent species in Cardigan Bay off the coast of Mwnt, seen from land as well as from sea. One such anecdotal report was from a coupl
Read More

by Sightings Officer
0 Comment
killer whale, National Whale and Dolphin Watch, Risso's dolphin, White-beaked dolphin
Largest ever citizen science project to catalogue the whales, dolphins and porpoises around the coasts of the British Isles!   This week Sea Watch Foundation is calling for thousands of observers around the British Isles to participate in the largest ever survey of whales and dol
Read More

by Natasha Hunt
1 Comment
cetacean, killer whale, land watch, orca, rare sightings, scotland, survey
ORCA WATCH 2015  23rd-30th May This is our 4th Annual watch and we need as many eyes on the Pentland Firth as possible. Colin Bird, former Regional Coordinator for Sea Watch Foundation set up Orca Watch with the aim of tracking Killer Whales that feed on seals in the Firth and all oth
Read More 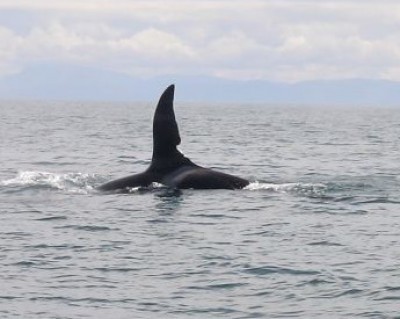 by Sightings Officer
2 Comments
cetacean, dolphin, killer whale, survey
Written by Kevin Hepworth – SWF Regional Coordinator I went for a quick look at the beach this morning as sea states were forecast to be good and had had white-beaks last Friday off Balmedie. An interesting session followed. There were a few skuas and shearwaters about and then
Read More
1234567