The Isle of Man and our phenomenal month of sightings!

by Jen Adams
Comments are off

The waters around the Isle of Man never cease to amaze me; so many cetaceans either pass through or come back year on year to feed and care for their young, in fact there isn’t a single month of the year that we don’t have cetaceans in Manx waters and last month certainly didn’t disapoint.

What an absolutely incredible month June has been; in the last 2 weeks alone we have had 4 species of dolphin and 3 species of whale reported to the website by members of the public, rounded off beautifully by a probable sighting of 3 Orca (Killer Whales) on Saturday 29th. We can’t confirm due to lack of photographic evidence but spotter Ruth Lea described them as obvious Orca with distinctive black and white colouration, central dorsal fin and moving faster than a group of Minke’s that she also spotted during the trip. There were 3 individuals all moving at pace and breaching; they were seen as Ruth sailed through The Sound entering the marine protected zone in Port Erin.

Here is a summary of June’s opportunistic sightings:

The most phenomenal thing about this month is the amount of rare sightings there have been; Humpbacks and Fin whale on the East about 2km off Port St Mary, and Orcas in the South. Not only do we rarely hear of these species being seen in Manx waters, but they have all been seen within 2 weeks of one another! This is not forgetting the Bottlenose dolphins which until last summer only entered our waters between October and March. We have heard from fisherman about the amount of Herring at the moment which may help explain the unusual sightings this month.
Furthermore there have been a large amount of Juvenile Risso’s this year including some really tiny calves, they must see our waters as a safe place to raise and teach their youngsters.
What a fabulous place this island is, isn’t it incredible? 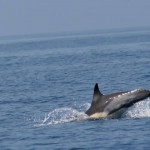 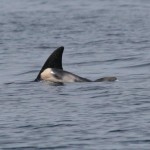 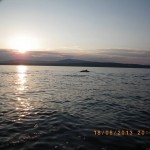 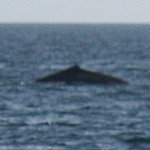 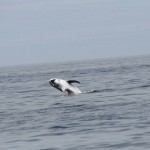 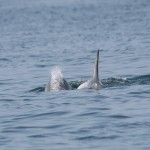 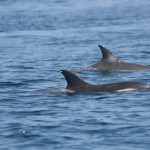 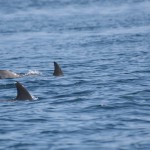 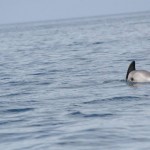 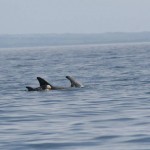 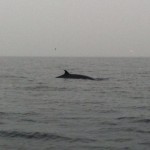