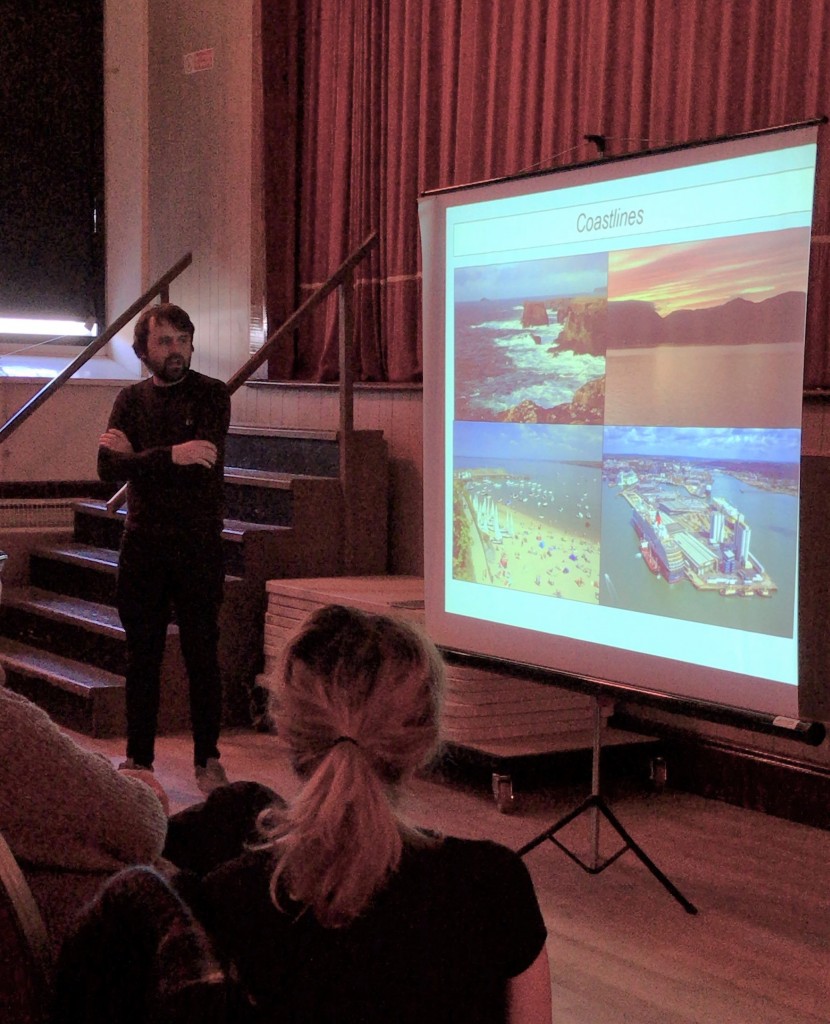 The AGM is held every year around April-May and is an opportunity for the team (that is usually spread far and wide) to re-connect and collect ideas for the following year. It is also a time of reflection, and attendees learn about SWF’s progress and the UK-wide research efforts of other coordinators and volunteers.

On Saturday 4th of May, Sea Watch welcomed its volunteers, Regional Coordinators, trustees, past and present researchers, interns, and members of the public to the Memorial Hall in New Quay. This was the first day of the AGM, and as the room began to settle, introductions were made. Participants then enjoyed a series of live presentations:

The meeting was adjourned with the Chairman’s report, and a summary of 2018. 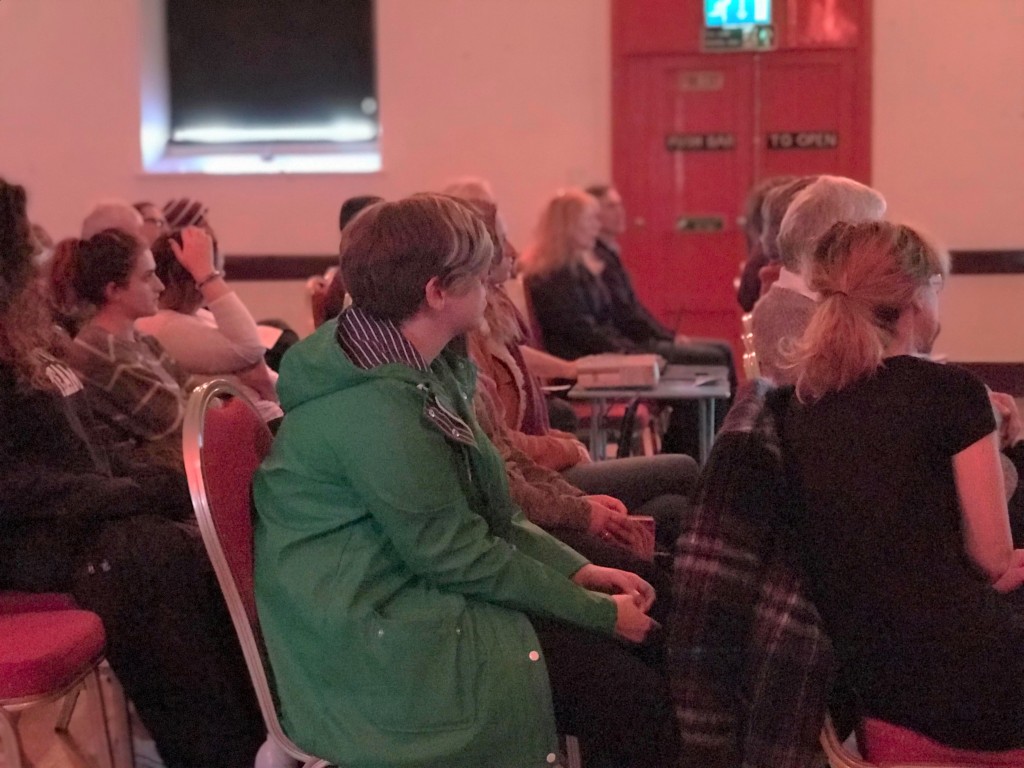 Although the sun was on our side, the wind unfortunately was not, and the prospect of joining our recommended operator Dolphin Spotting Boat Trips started to look doubtful. As the swell increased, the scheduled boat trip was called off. So visitors had an hour or two to explore and enjoy New Quay before regrouping for dinner. Being both a bank holiday weekend and derby host, New Quay had a buzz about it, and so the attendees soon got acquainted with the pier, local shops and beaches. While this was the first trip for many guests, some had been loyal tourists for over ten years and knew their way around the village!

Saturday evening allowed for another opportunity to network and socialise with everyone that had joined the AGM.  Nearly 30 guests sat down for an delicious meal at the Indian Brasserie – a local restaurant that did not disappoint. After an eventful day, guests said their good byes and parted for the evening.

Sunday 5th of May followed a different agenda, as this day was reserved for the Annual Trustee Meeting which saw through the formalities of the Board of Trustees. Sea Watch’s Director and Chairman hosted the proceedings in our newly refurbished Training Room in Paragon House.  Trustees had a chance to take a peek at the Education Centre and get a feel for the new look of the SWF office.

The weekend flew by and on Sunday afternoon, farewells were made before everyone sadly went their separate ways for another year. Returning back to normal life, the attendees made their way home. Feeling refreshed, and excited for the projects in the making, our interns now had an exciting taster into the life of full time scientists and the different routes there were to go down.

What a successful few days for the Sea Watch Foundation – we would like to extend a huge thank you to our supporters and speakers who travelled far and wide to be in New Quay today. To those we missed, we hope to see you next time! 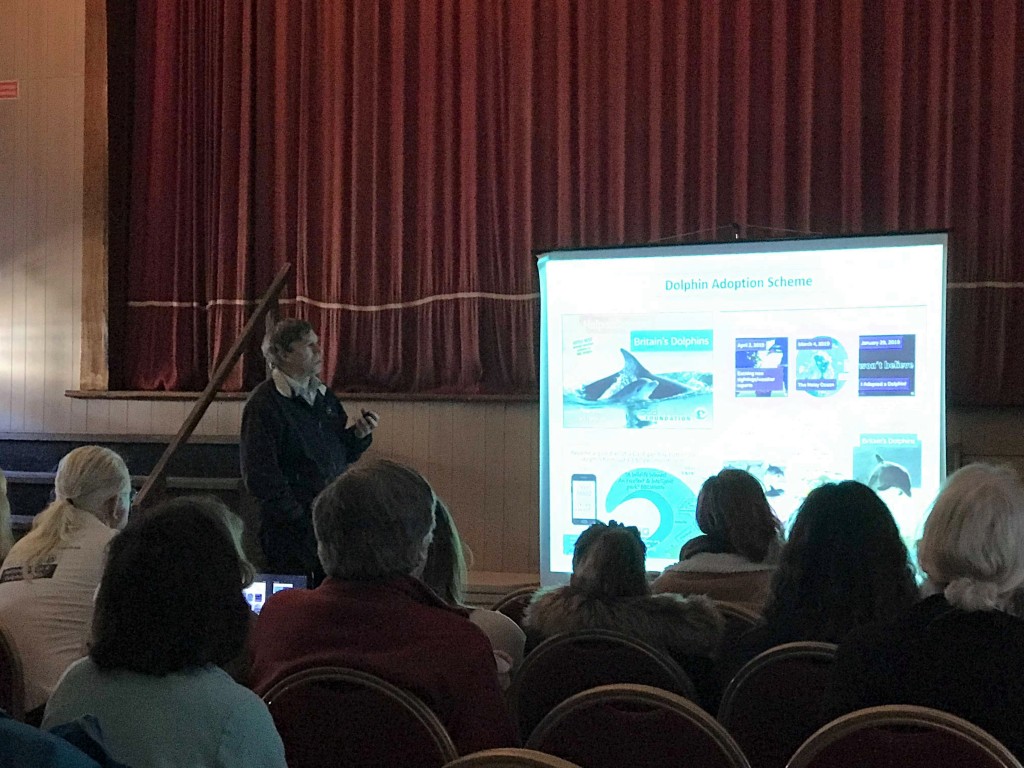 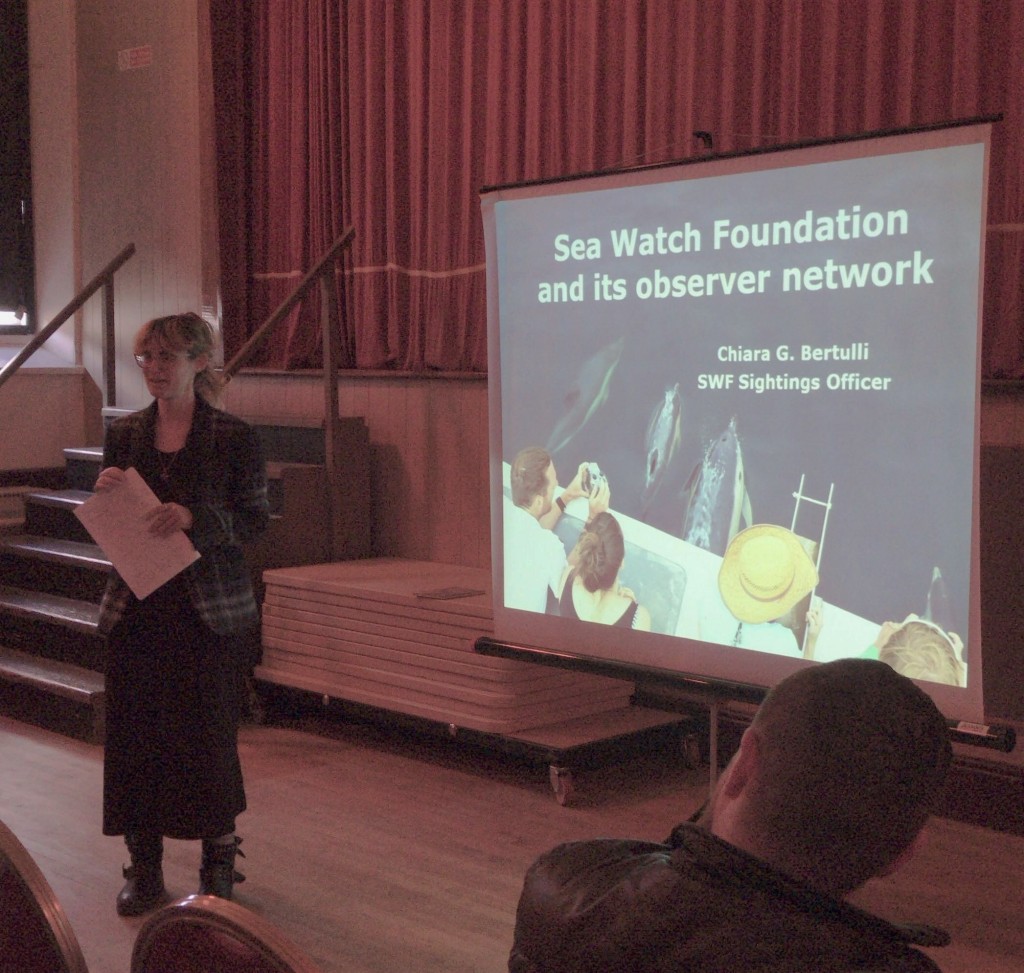