Easter Celebrations at the Dolphin Hub

The Easter holidays are officially over! As everyone heads back to school, the team at Sea Watch wanted to thank our visitors on ensuring the success of our Education Centre opening.

Two weeks ago the interns arrived. One week later they took on a monster project… Opening the Dolphin Hub (Education Centre) for Easter.

The timing seemed perfect; as families would flood into the New Quay area to celebrate being off school, there would be more people than ever to see the new and improved centre. Even more so, the weather seemed on side, as sun and clear skies were forecast for the days to come. There was only one problem… the Hub wasn’t ready.

The Sea Watch (SWF) office was fortunate enough to have expanded over winter, and now had a larger refurbished downstairs area. Three large rooms and a kitchen sat at ground level, making it a warm and inviting place for visitors to stroll by; and hopefully stroll in. But the rooms were lacking in character, and this was the job that the interns had to take on. Having previously had an upstairs room dedicated to outreach events, transferring this one educational room into three, was no easy task and there needed to be more in this new space.

The interns got to work. Day One included a lot of brain storming, writing lists, and getting creative. By the end of the day, they had cemented their ideas and buckled into action. Posters were up, displays were created, videos were edited, and it was all hands on deck. A schedule was made, and the volunteers were assigned baking duties, store runs, and specific roles for the weekend. Come Friday night, preparation was complete! Interns had a well-earned night’s rest ahead of the big weekend.

Saturday morning and doors opened at 10 AM on the dot. With anticipation, the interns waited.

Who knew that the sun could be such a curse? Tourists flooded in from all over the country and beyond. But they had come to New Quay for one thing… to sunbathe. People with towels and floats and toys could be found all over the pier, and on the beach. They ventured out in their groups on the wildlife boats, each hoping to catch a glimpse of the famous Cardigan Bay dolphins. And who could blame them?

Not to be disheartened, the Sea Watch crew got to work. If the people wanted to stay in the sun, Sea Watch would join them. The interns relocated their bake sale and face paints, along with a few other activities. They headed to the pier to set up beside the landwatch crew.

As the pier got busier, so did the Sea Watch Stand. People joined SWF in taking a #seawatchselfie and participated in #guesstheshells. Many stopped by to say hello and children helped the research interns look for dolphins. The new location worked well in highlighting SWF’s cause and allowing the public to see live science as they aided volunteers in scanning the Bay for cetaceans and recording data.

Word spread and soon enough, families came in to explore the Education Centre. Children looking for a break from the sun made crafts and solved the Easter themed treasure hunt. The Children of New Quay mural began to grow – a collage symbolising the ocean, with interweaving themes of plastic pollution and its impacts on a once healthy ecosystem. The children created elaborate artwork showcasing the problems associated with anthropogenic waste. All the while, fortunate enough to spot cetaceans right out the window, as the Dolphin Hub overlooks the Bay.

Check out some of their contributions below: 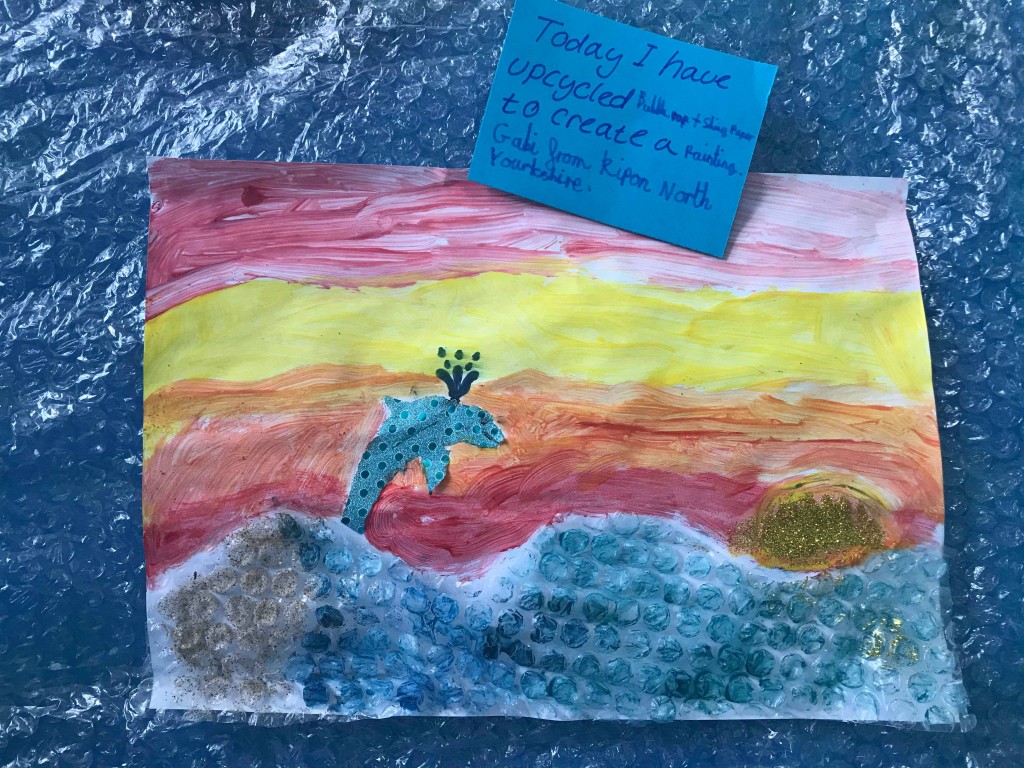 Dolphin scene made by Gabi 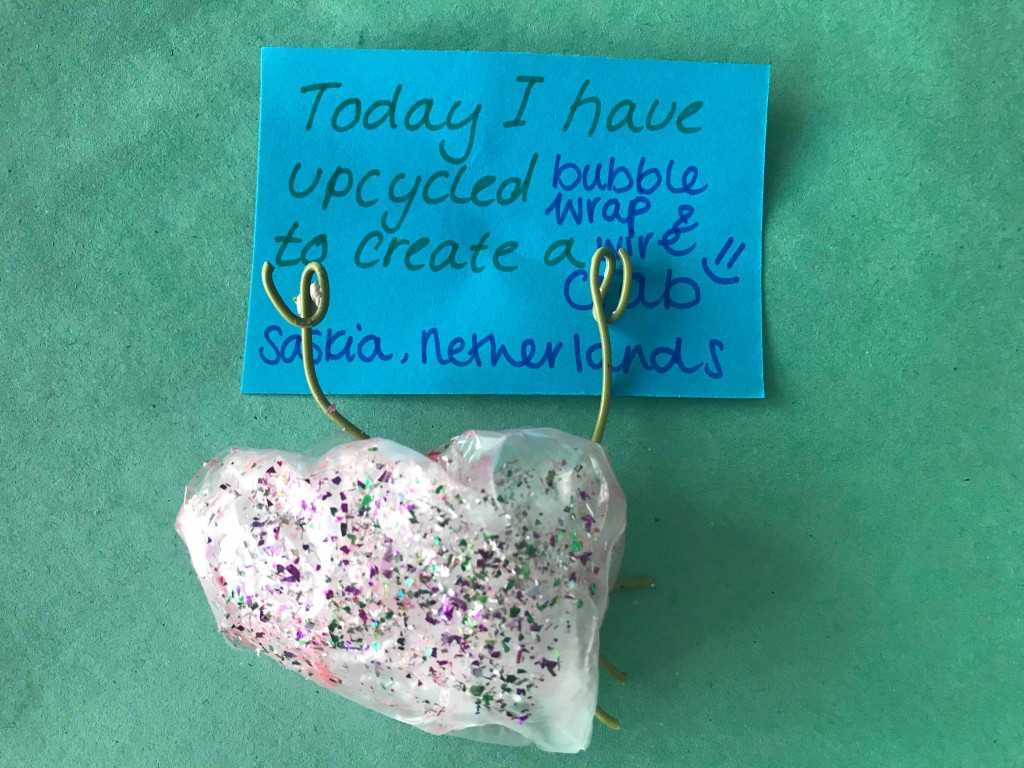 Recycled crab made by Saskia

Sea Watch would once again like to thank the New Quay community, in helping to advertise the events and showing continuous support for SWF research and the new Education centre.

From today our Education Centre is open 10 AM – 4 PM daily. Some plans for the near future include book readings, presentations on Welsh cetaceans, and continuing to build on the mural. Contact our Education Assistant Ellie at outreach@seawatchfoundation.org.uk to plan your next visit to the area!