In recent years, drones, unmanned, remote controlled aircrafts, have gained a lot of attention in the media due to their ability to capture stunning aerial wildlife footage which gives viewers a bird’s eye view. Besides capturing beautiful images, however, drones have also become increasingly popular in the scientific community, allowing researchers to collect valuable data on the species that they are studying in a variety of different ways.

The Sea Watch Foundation team has been using this new technology to gain a better understanding of the semi-resident population of bottlenose dolphins in Cardigan Bay. The Cardigan Bay Monitoring Project has been systematically studying the Welsh population of bottlenose dolphins for over 20 years, using photo-ID and line transect surveys to estimate population size, habitat use and social structure. The drone now offers a chance to dive deeper than ever before into this research and gather additional data that will allow us to improve our understanding of this nationally significant dolphin population. 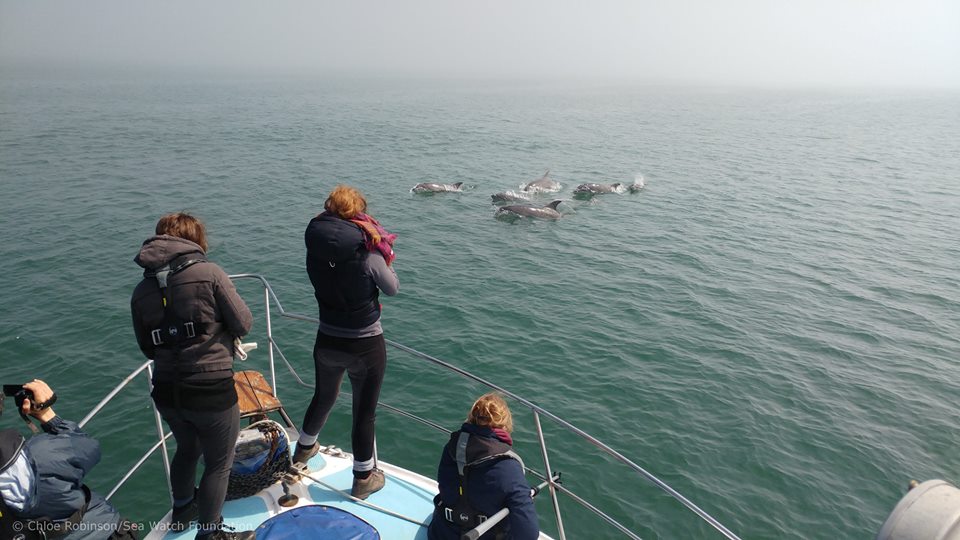 Thanks to funding from the John Spedan Lewis Foundation, the Sea Watch team is planning to undertake dedicated drone surveys to answer new research questions!

In collaboration with Bangor University, the drone is currently being outfitted with a laser which will allow researchers to undertake photogrammetry. Photogrammetry is the science of deriving measurements from images or video footage and the team is hoping to build up a catalogue of dolphin body size and body condition in order to assess population health. The unique aerial viewpoint allows scientists to use a laser to accurately measure length/breadth ratios of individual animals which in turn may provide information on their nutritional status. This has successfully been used in the American west coast killer whale population to illustrate a disturbing decline in body condition and health there, and the Sea Watch team hope that using the same methodology will allow them to spot any negative trends in nutritional status as well as giving information on pregnancy rates. 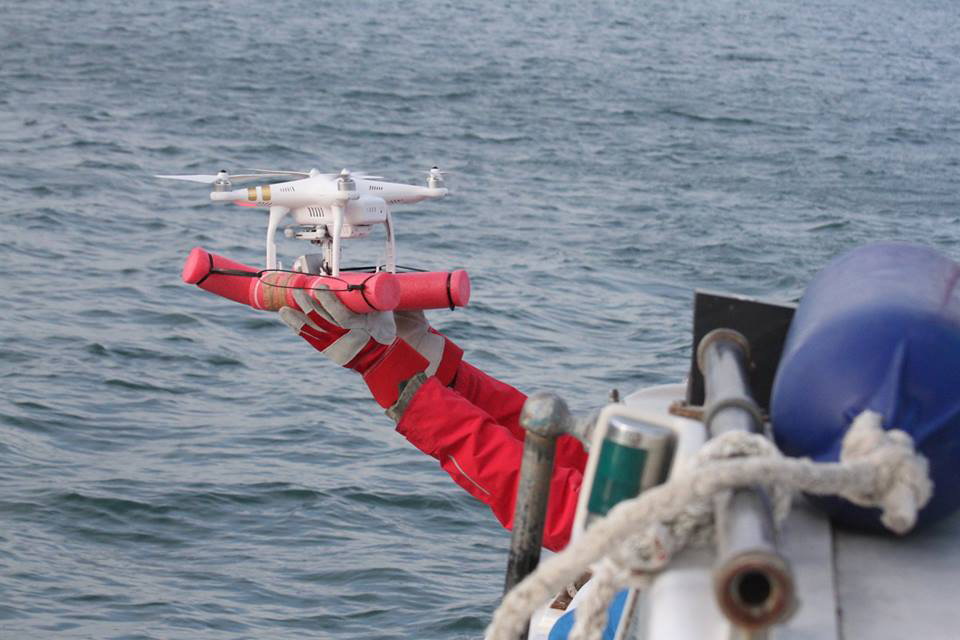 The drone will also be used to shed light on social structure and social behaviour within dolphin groups. Photo-ID can be used to study social structure by identifying individuals by their dorsal fins and looking at which individuals associate on a regular basis. The drone allows researchers to add a new dimension to this, examining group structure, distances between individuals as well as how animals are interacting with each other. The aerial viewpoint gives scientists a new angle from which to view interactions, allowing them to see beneath the surface and to better understand how the animals are interacting with each other. Bottlenose dolphins are very tactile animals, and touch is an important component of social interactions. The aerial view that the drone provides will allow scientists to get a better understanding how the individuals in a group are interacting.

The drone should also allow the Sea Watch team to gain a better understanding of the effects of vessel traffic on bottlenose dolphins. Recreational boat traffic and dolphin watching trips have increased in recent years and there is some concern about how this might be affecting bottlenose dolphin behavior, with preliminary research suggesting that dolphin group composition may change significantly in the presence of high traffic levels. Within the Cardigan Bay Special Area of Conservation, dolphins frequently come in close to land and it is hoped that the drone can also be used to study the reaction of dolphins to boats in these inshore areas.

In addition to this, the drone will allow the Sea Watch team to capture stunning aerial footage of wildlife and scenery which will serve to engage the general public with the wildlife at their doorstep, as well as potentially providing additional photo-ID images, and supporting the Sea Watch Adopt a Dolphin scheme by providing adoptees with a unique view of their chosen dolphin.

The new drone technology opens up exciting opportunities to address research questions in innovative ways, and the Sea Watch team is thankful to the John Spedan Lewis Foundation for their important support of this new and exciting venture!